Dominant firefighter Dax O’Connor never blends fantasy and reality. He goes so far as to only have casual encounters with women at the sex club, Castle Dolce Vita, to keep them separate. But when an arranged encounter brings Sadie Carmichael into his life to fulfill her ultimate fantasy of experiencing one night with a firefighter, his legendary lines begin to blur.

Sadie never expected her fantasy would leave her wanting more than one night, but Dax isn’t a man you sleep with just once–whatever he thinks about it. Every day since their hot night together she’s been chasing the high he sent her on.

When an odd twist of fate brings Dax and Sadie back together again, neither Sadie or Dax can refuse the passion sizzling between them. But soon, Sadie will discover that while Dax can make her body burn, his mind and heart are closed. When she pries open the doors, ghosts of his past come streaming out, threatening to cool their passion. But if they can find a way heal the past, they’ll discover reality is hotter than their wildest fantasies. 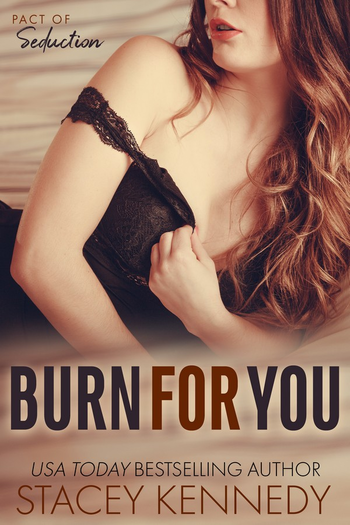 "Holy Hotness All Mighty! This is the fourth installment of the Pact of Seduction series and it's on fire!!"
Reading Keeps Me Sane

Sadie parked her black Mini Cooper behind the bright blue Jeep in the single car driveway and cut the ignition. She hurried out of her car, noting the cute two-story Victorian row house with bright red facades and porch on Guilford Avenue. Back in 1998, the city challenged the residents of Charles Village to paint their homes in uncommon colors. The contest had brightened up the city, making it so alive.

Once she reached her trunk, she found herself smiling as she grabbed her bag containing her nursing gear. The warm sun shined against her face when she climbed the porch’s step. When she reached the red painted front door, she knocked and then heard, “Come in.” She didn’t take the lack of greeting personally. Burn victims who needed a John Hopkins Burn Unit home care nurse usually couldn’t answer the door.

“Hi,” she called as she whisked the door open. “It’s the nurse the hospital arranged…”

That smooth tone of voice melted her within a single breath, bringing her back to that night in the alleyway. She noted the bandage on the thick, muscular forearm, the shaggy brown hair, chiseled features, and five o’clock shadow on his face, but the medical form she’d received for the client said his name was Christopher. “Dax?”

“Hello, darlin’.” The side of his mouth curved.

Regardless of the fire that filled her belly, she straightened like a steel rod. “You lied to me? Your name is Christopher?”

Those smoky eyes of his twinkled while he lay on his couch, one leg bent. “Christopher is my first name. I’ve always gone by my middle name, Daxton.”

What in the holy fuck? was what she wanted to say. Instead, she replied, “Oh.” She drew in a deep breath, collecting herself, reminding herself she was a professional. But by the tremble within her and the nerves shaking her hands, she knew she’d walked into a nightmare.

This guy had ruined her for the last six months. She’d tried to stop thinking about him and had even been on a dozen first dates. No one compared to him, not a single one. No one owned her mind, soul, and body like he had.

“So, you’re my nurse, huh?” he finally asked, breaking the thick tension in the room.

She swallowed deeply and then smiled, stepping into the small living room. “That’s right.” After she shut the door, she leaned down to grab her cell phone from her bag. “Clearly, we have a conflict of interest here. I think it’s best—”

She stopped midway to opening her bag, her cheeks warming. “I’m really not sure—”

“There’s no reason for your boss to know about your personal life or for you to have a conversation that I’m sure you don’t want to have. We can manage.”

Deep down, she wanted to pick up her bag and throw it at him, because this was why she couldn’t stop thinking about him. For so long she’d thought she had a thing for hot firefighters, but she’d realized after that night with him that it was what they stood for that made her melt. The honor. The safety they represented. The strength. Like now, he thought of her when clearly he should only be thinking about himself. “Okay. As long as you’re sure.”

Of course he was. This guy seemed so sure of everything and himself. He wasn’t even doing anything—just lying on the couch, dressed in black workout pants and a white T-shirt—but even doing that, the confidence seemed to ooze out of him. She ignored the heat flooding her, refusing to go there. You have a job to do! She pushed away all personal thoughts and focused on taking care of the man who had come home from the hospital only a few hours ago.

Determined to stay professional, she reached into the bag, grabbing her clipboard that held the document containing all of Dax’s information. Then she moved to the black leather recliner in the corner of the room, taking her seat. “Do you mind telling me what happened to you?”

His low chuckle nearly melted her bones, and she lifted her head, finding those sexy eyes now twinkling. But she couldn’t get lost in their charm or the way he gave her butterflies. She was a nurse, not his fuck buddy. He made that decision when he left her in the alleyway and never set up another encounter or date with her.

“Yes, I realize that, but I need to know exactly what happened to make sure our files are correct.”

“Not much to tell.” He shifted against the couch he was lying on, facing her a little better, with his bandaged arm resting protectively against his torso. “We got called out to a fire a week ago. A little girl was inside in her bedroom. I got her out.”

The way he downplayed what he went through seemed odd, but pride could make men act weird. She’d seen it time and time again, so she didn’t bother pressing him about it. “And how did you get the burn?”

“One of the beams in the house slid across my arm on the way out the door.”

She made a couple notes, checking off the details to add into the computer system later, and noted that he had severe second-degree burns on his forearm. It was a lot more serious than his face showed. “Are you in any pain now?”

“Nope. The nurse at the hospital gave me morphine before I left.” He gestured at the end table. “There’s more there in case I need them.”

“Stay on top of your medication,” she said, moving to the glass end table and taking out the pills from the brown paper bag. “The doctor has instructed you to take them every four hours, so keep to that schedule.”

“All right.” She drew in a deep breath, wanting to prolong this, trying to find any excuse to touch him. “So, I’ll be here every night to change your bandages. Due to the delicate nature of your wound frequent bandage changing is required to prevent infection. This will also help the burn heal quicker.”

She took another look at her notes, then began moving closer to him, getting hints of that citrusy scent that seemed to have stayed stuck in her nose. “You’ll be going into the burn unit every morning for check-ups, right?”

“That’s right,” he said. “My captain offered to be my taxi until I can drive again.”

“Good to hear. You shouldn’t drive while taking morphine.” She placed the clipboard onto the coffee table, ignoring her shaky hands and forcing the nerves away, taking a quick look around. The walls were bare and painted dark gray. Black leather furniture decorated the space, as well as a huge flatscreen TV against the far wall. A total bachelor pad. “Do you live here alone?” she asked.

“Is anyone coming by to help you while you recover?” He couldn’t do this alone, especially after she changed the bandage and the burn hurt.

“Perfect.” She gave him a totally fake smile, because now she wondered if maybe he had a girlfriend and that was why he had never asked her out on a date after their one hot night. But the thought helped her keep professional. Hating him was easier than lusting after him. “It’s going to be hard to shower and dress, so please make sure someone is helping you with that.”

She drew in another long deep breath, knowing she couldn’t avoid this any longer. “Okay, let’s get started.” She took out a pair of surgical gloves from her bag and put them on. “Do you want to change the bandages here, or would you be more comfortable in the bedroom?”

He never replied, so she lifted her attention to his face. 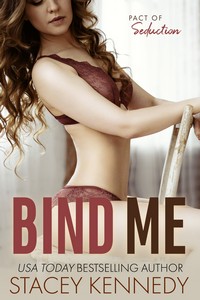 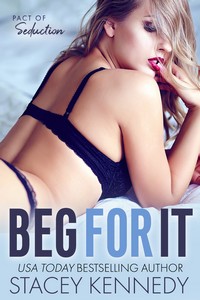 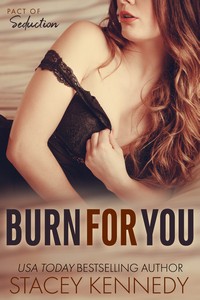