I’ve got a special treat for everyone who loved Alex from Dirty Little Secrets as much as I did. She’s getting her own super sexy, action-packed duet!! And today I get to share the cover of Sexy Liar, part 1 of the Dirty Hacker duet that’s kicking off August 6th. The second part will hit shelves August 20th (another cover reveal coming soon *grins*).

What do you think of the cover? 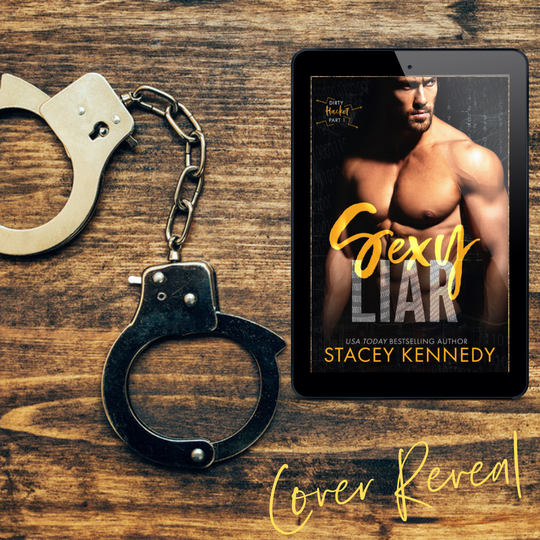 Hacker Alex McCoy’s life is spent hunting down classified information and trusting only those closest to her. But a one-night stand during her vacation to New York City with the mysterious Rowan Hawke yanks Alex away from behind her computer screen to beneath Rowan’s ripped body. His sizzling touches and dirty talk are precisely what Alex has been longing for, reminding her she’s far more than just the best hacker in San Francisco.⠀

CIA agent Rowan Hawke never expected the hacker he’s been seeking would be the gorgeous Alex McCoy. One touch and it’s game over. He takes what he wants—Alex’s lush body bending to his will. But when the lust is sedated between them, he admits he purposely scouted her to help him solve a crime. Placating a furious Alex isn’t easy, but he convinces her to help him track down a member of SiR—a dating website for the rich and powerful—who is sadistically killing vulnerable women.⠀

As the case becomes increasingly dangerous, the stakes ratchet up alongside the heat between Rowan and Alex. But when Alex discovers a link between the killer and the FBI, she must decide if she can trust Rowan to protect her or if he’s the man she needs protection from.⠀