"Demonically Tempted has the best combo of love, suspense, magic and humor - one that gripped me from the first page until I reluctantly turned the last page."
Joyfully Reviewed

The old farmhouse had seen better days. Not only could it use a coat of paint, but it also needed a dose of love. Dry, brown grass surrounded the home, and the only flowers topped four-foot high weeds.

I glanced next to me at Zach—a cop with the Memphis P.D.—and crinkled my nose. “Someone actually lives here?”

His blue eyes met mine and he ran a hand through his blond, stylish hair and shrugged. “Max said the victim’s sister still resides in the home where the death happened.”

As he lowered his arm, he cringed, and I winced at the memory. Heck, only weeks ago he’d been stabbed and shot in the shoulder.

The man who caused Zach’s injury got it worse—by my very hand, no less—but I was glad Hannah Reid’s murderer hadn’t returned to haunt me.

I might have suffered some serious remorse. That is, if I didn’t believe God wouldn’t punish me because I killed a murderer. Brody would’ve done the same to me if I hadn’t gotten to him first. I tried my best to stick with that theory. It saved me from the lingering guilt I might—and would never admit to—have for taking a life.

Sure, there was an internal investigation through the police department, and I had been questioned until my voice went scratchy. But in the end, the shooting had been declared self-defense, and I was perfectly happy with that. Or so I told myself every day until I finally believed it.

Besides, the cops that I now worked alongside had my back throughout the investigation, and nothing would change that. We’d grown close through the time spent during the Reid case, and even closer in the weeks that followed.

“I’m going to see if Lizbeth is out here somewhere,” Kipp—a ghost, and my lover—said, dragging me from my thoughts.

Yes, our relationship was complicated and it’s insanely sick that I’m in love with a ghost, but I wasn’t about to fight my heart’s desire.

“If you find her, then come tell us, immediately. The less time I have to spend in that house, the better.” Scummy houses and me didn’t mesh well. I like cleanliness and hate spiders.

“He’s going off on his own then?” Zach asked.

As of late, Zach had caught on to our conversations better. Seeing that I was the only lucky one—or not so lucky as I viewed it—who could hear ghosts’ communication was annoying, at best.

Maybe I gave more descriptions in my answers than I normally did, or maybe he’d gotten used to having to fill in the blanks. Whatever it was, I appreciated the ease of our conversations now. The back and forth got on my last nerve.

As Kipp strode away, I stared at his scrumptious ass filling his dark blue jeans. The man might be a ghost, but he was sex packaged into muscular goodness.

One of his eyes was chocolate brown, while the other was crystal blue, and he had untidy brown hair that no matter how messy only made him look more attractive. And he was all mine. 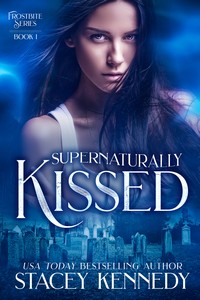 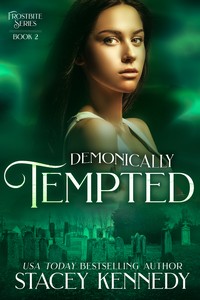 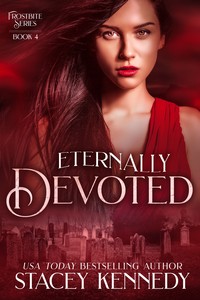