From USA Today bestselling author Stacey Kennedy comes a steamy contemporary romance featuring a brooding hero with too much baggage, a spirited heroine who is always up for adventure, and a sexy-as-hell road trip that will change their lives forever.

Maisie Carter has always been a free spirit. An artist by nature, she has no idea what she’s doing as co-owner of Three Chicks Brewery. But she’s determined to prove to her older sisters that she can be an asset to their grandfather’s beer legacy. The best way to do that? Make the rounds at Colorado’s craft brewery festivals and turn Foxy Diva, their top beer, into an award winner. Unfortunately, after more than one “beer mishap,” it becomes clear that she’s going to need some help.

Hayes Taylor knows he has a chip on his shoulder, but he has no interest in working through his traumatic past. He just wants to work on his horse farm, alone. The last thing he needs in his life is a woman, especially his dead wife’s best friend, the sweet-as-pie Maisie Carter. But she’s always brought out his protective instincts, and he can hardly say ‘no’ when she asks for his help…

As the two embark on the festival tour, beer filled days turn into lust filled nights, and neither Maisie nor Hayes can deny their growing attraction. But Hayes knows love leads to heartbreak…. Can Maisie show him that their love is worth the risk? 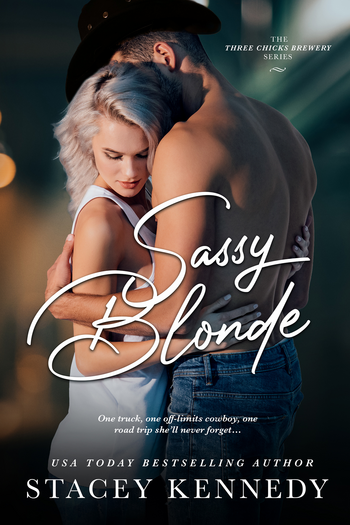 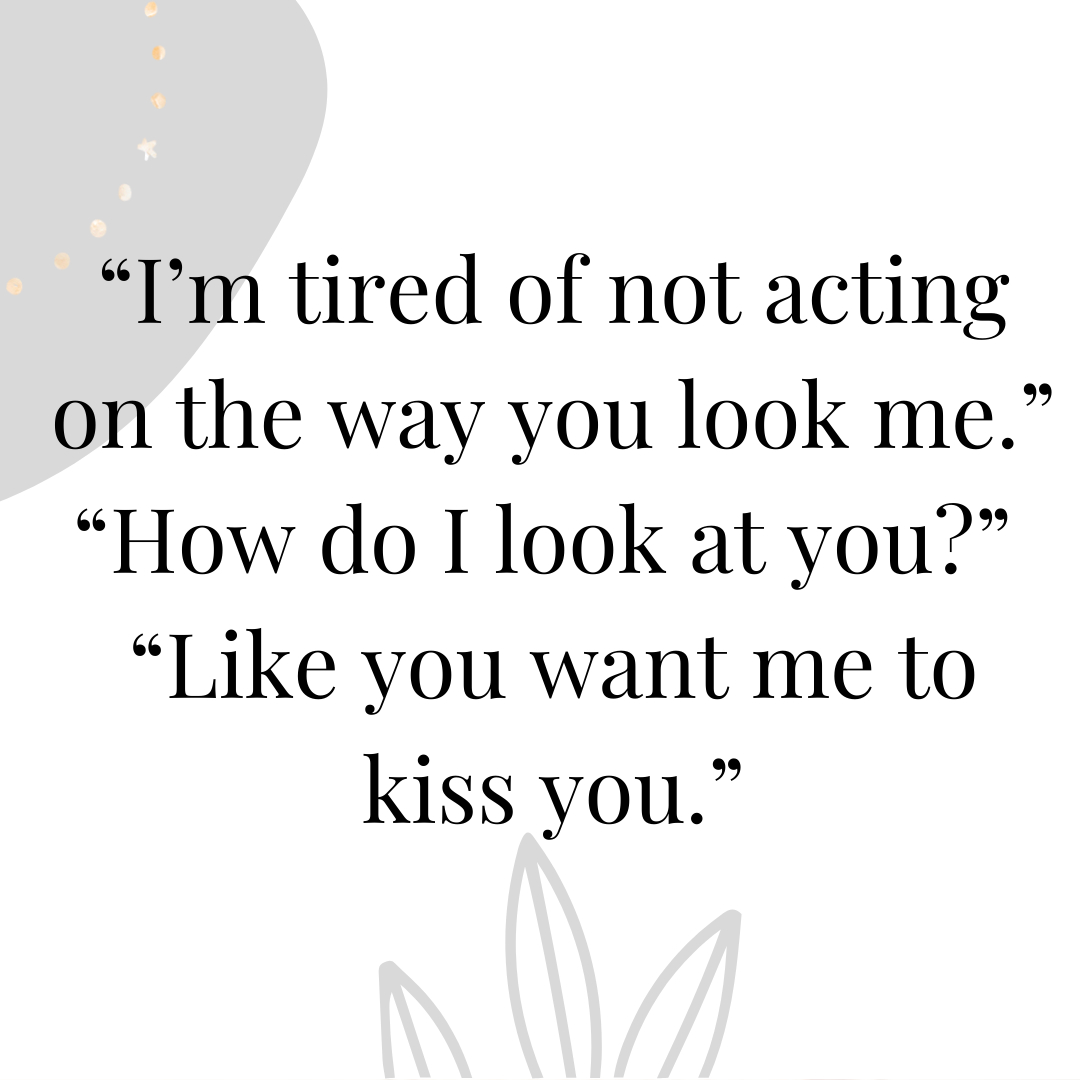 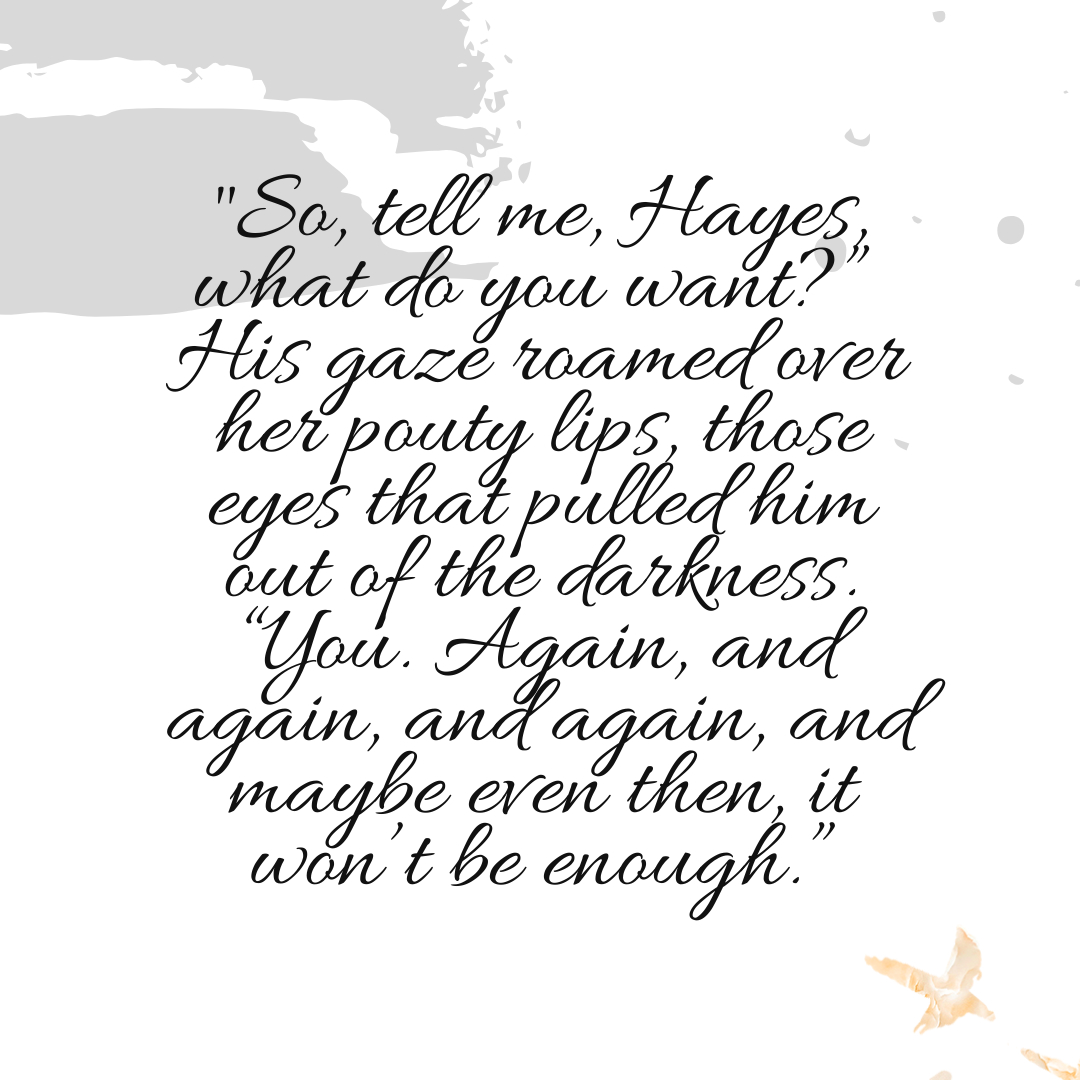 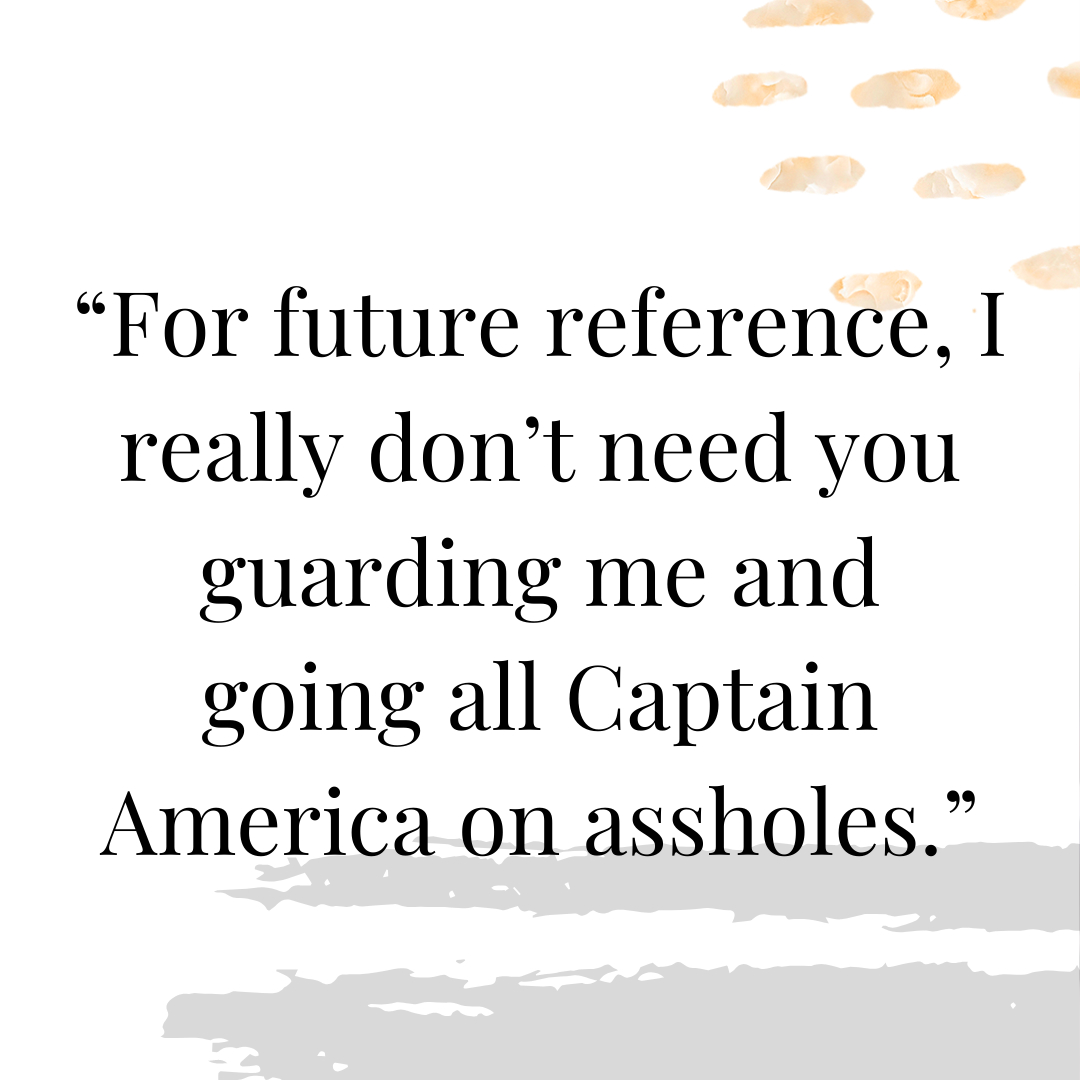 "Just right! A little bit of a tearjerker, lots of delightful characters, and a sweet HEA! A perfect escape read. Along with a perfect tease for the next one! Definitely worth adding to your summer reading list!"
Goodreads Reviewer Cee

“That was stupid,” Maisie said, dabbing the small cut under Hayes’s right eye. He sat on the end of one of the double beds in the Durango Lodge, the budget-friendly motel with mountain views. Silence was a hard find. The water gurgled within the pipes and half-heard conversations spilled in from people passing by the door. But the place was clean, and the television worked.

Another dab of the cloth had Hayes fighting a flinch. That small cut was the only evidence of the fight that hadn’t lasted long. Nor was it a fair fight, and Hayes knew that when he charged forward. Being a trained cop, in both self-defense and some martial arts, he allowed himself one punch to the bastard who’d put his hands on Maisie. The others in the group he’d taken down easily since they all were drunk. Security had swarmed in quickly, kicking everyone out, including him and Maisie. His only regret: he hoped Clara didn’t get wind of it. But protecting Maisie, defending her, he didn’t regret that.

Maisie removed the cloth and said firmly to him, “For future reference, I really don’t need you guarding me and going all Captain America on assholes.”

Using the soft washcloth, she dabbed again and gave him that cute smile back. “You flattened their asses like some Marvel character. Seriously, where did you learn how to fight like that?”

She thought he kicked ass. Fine by him. But… “One, none of them knew how to fight. Two, they were all drunk. Three, they’re cowards. It was hardly a fight.” He pointed to his cheek. “That was a sucker punch.”

She made a noise in the back of her throat and continued to dab the wound.

Hayes liked this. Her attention. It had been so long since a woman had taken care of him. He’d forgotten how nice the sweet touch of a woman felt. To not have to exist alone. To have someone else to depend on. Yeah, he liked that.

“I’ve got no doubt you can handle yourself,” he explained, “but that doesn’t mean that when some dickhead puts his hands on you and you flinch in pain, I won’t fix it.”

Her smile stopped Hayes’s world from turning. The softness of it, the affection, all the things he couldn’t even name. For months now, he’d been fighting his desire for her. Right here, right now, he wondered what she’d do if he didn’t.

Would she kiss him back?

“Well, thank you for looking out of for me,” she eventually said, pulling the cloth away. His hand gripped her wrist before his brain caught up to him. The moment his fingers tightened around her warm skin, her cheeks flushed deep, and she visibly swallowed before continuing, “Thank you for being here. For helping me with the festivals.”

And there, in the depths of her eyes, he found his answer. She’d kiss him back; he was sure of it. “You don’t have to thank me, Maisie. I want to be here.” He slowly dragged his fingers along her wrist, assessing, but not before feeling the hammering of her pulse beneath his fingers.

Heat flooded his groin. “Besides,” he said, hearing the need in his own voice, “it felt good to unleash some tension on someone who actually deserved it.”

Her hooded eyes lifted to his. “You, tense? Never.”

He scanned over her pouty lips before lifting his eyes to hers. “Hilarious.”

She gave him that cute smile before setting the washcloth on the dresser and grabbing the ointment from the first aid kit she kept in the trailer. She dabbed the ointment onto the wound. He wanted to do the right thing, to say the right thing every step of the way with her, but his gaze fell to her parted lips and he hungered to feel that pouty mouth against his. For a few seconds, there weren’t muffled voices through the door, there was only them and the sweet way Maisie tilted his head up. “There.” She examined the wound then smiled at him. “All better.”

He wasn’t sure if it was the heat pulsating between them, or the realization he made tonight, but he didn’t want to stop where things were going with them. He didn’t want her looking for another guy. He wanted her looking at him. Only him. He reached for her hand and felt her go still as he threaded his fingers with hers, pulled in by something he could no longer control. “You take such good care of me, Maisie.” He glanced up into her eyes, finding them soft and warm. “I’ve never thanked you for that. Told you how much I appreciate everything you’ve done for me.”

Her chest rose and fell with her heavy breaths. “You don’t need to thank me.”

“No?” He stroked his thumb over the back of her hand, heat flooding him at the way her lips fell open, begging for his kiss. “You never expect anything back, do you? No matter how much of yourself you give.”

Her parted lips shut and opened again with her shudder as he kept stroking his thumb across her skin. Under her fierce stare, he allowed the desire he felt for her to flood him, to finally show her right where his head was at. “I didn’t like seeing that guy put his hands on you. I wanted to hurt him.”

Her gaze held his intimately. “I’d say you achieved that.”

He looked down at their held hands, watched his thumb slide back and forth over her creamy skin. “I don’t think I’d like to see any man put his hands on you.”

“Okay…” she said softly, obviously trying to understand where he was going with this.

He closed his fingers in hers and looked up. “We never asked for this, you and me. Never expected any of this.”

Wanting her to feel something good in a world that had made them both feel pain, he cupped her face. She leaned into his touch, her hair falling on the side of her face, her teeth nibbling on her bottom lip. “I’m tired of not acting on the way you look me.”

Her breath hitched, the only response he needed.

He wasn’t wondering if this was a mistake, he was only thinking that he couldn’t run from this anymore. Tonight, he’d seen enough. He didn’t want another man anywhere near her. That was the one truth in front of him. He couldn’t look away anymore. “I’m tired of fighting this, and I suspect you are too.”

She didn’t ask what he meant; she simply licked her lips, readying them for him.

He stroked her soft skin. “Fighting what’s been brewing here for months.” He caught the heated surprise in her eyes, but every guard was down. They weren’t just friends, but something more. Something that was hungry and urgent, that demanded to be fed. He fought back a moan, his cock hardening to steel as he slid a hand across her hip, pulling her in between his legs, needing her closer. “Only question is whether it’s time to act on it or not.”

He expected a response. But the one she gave surprised him. She cupped his face and brought her lips to his.