Nexi Jones knows two things—being half Guardian is tough—being half Witch is simply problematic. With her Guardian duties put on hold, she begins the gruelling task of discovering her magical abilities, which tend to be unpredictable, at the best of times.

At least, she has her luscious Guardian, Kyden to keep her grounded. That is, until the military-built, Ryker returns with a keen interest in being a constant thorn in her backside. With enough trouble controlling her powers—the added rivalry between the two tough Guardians leaves Nexi in urgent demand of a fire extinguisher.

But when tragedy strikes the very core of the Otherworld, Nexi needs to shape up as she lands herself knee deep into vampire society—a world run by vampire Mistresses who offer their assistance in unearthing a deadly plot of revenge. But as the truth begins to unravel, Nexi begins to discover that the Otherworld isn’t the only place where Supernaturals exist—and there is something far darker than thirsty vampires lurking within the shadows… 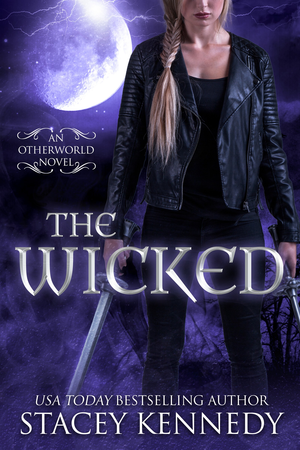 "The Wicked is the second book in the Magical Sword series and once again author, Stacey Kennedy impresses us with her incredible ability to weave a story and characters that have the power to enthrall you. It’s a magical blend of action, adventure, humor and romance."
Paranormal Kiss

“Stop! That is enough,” Kyden roared. His thick body and luscious muscles quivered with pure rage. Squared jaw clenched, plump lips in a thin unhappy line, and his normal light green bedroom eyes squinted with the need to kill someone. Even his usual soft brown hair that hung messily across his forehead appeared pissed off.

The answer was quite simple, Finn and Trefan. Brothers, practically twins I’d say, but Trefan was younger—closer to my age of twenty-four than Finn who was Kyden’s age of twenty-eight. Both had the whole surfer vibe—blond, blue-eyed, sleek sculpted muscles and presently had Kyden pinned against the wall forcing him still.

The hold was necessary since Kyden was about the tear everyone in the room to pieces. That’s one thing about Kyden, he may be a tad protective. Scratch that—he’s outright possessive. It was the one issue that never ceased to be a battle between us. He’d possess—I’d throttle him. We were still working out the quirks.

“We need to test her,” Talon, the Master of Guardians shouted back.

He’s part of the Council. They’re the big wigs of the Otherworld—the leaders as such. He was also Kyden’s dad—looked a lot like him, dazzling green eyes, shaggy brown hair, square chin—even shared the same spectacular body. That much was clearly evident since he wore what all Guardians did—an armor kilt, a sword strapped to their back and nothing else. Sure, he was hot, but like your friend’s dad hot.

“If you cannot manage being here,” Talon roared, “leave at once.”

Kyden swore, then tore his arms away from Finn and Trefan who happily obliged.

Restraining him would be compared to holding back a freight train—not very much fun.

I pulled my focus away from the others and drew in a deep breath for bravery. “I’m fine,” I groaned. “Let’s just get this over with.” Lord knows I meant those words. Forty minutes of having my ass handed to me is not my definition of a fun night.

As shitty as this was—and it was certainly shitty—I wouldn’t have passed up on this opportunity. I was done missing my Guardian role like a kid misses their blanket. It had been a month since the Lazarus incident. Lazarus, a vampire, who on his quest to rule the Otherworld had kidnapped Kyden and tried very hard to kill me. Thankfully, my magic came out in the nick of time, and Lazarus was dead by my very hand.

This past, while it wasn’t wasted, I’d learned a lot since the Council agreed to let me join Kyden on his assignments, probably in an attempt to save my sanity from being bored to death. But I wasn’t allowed to get in on the action. If I didn’t get back out there soon, a serious hissy fit was on the brink. I was craving to get my hands dirty and defend humans against badass supernaturals.

So, I endured this test, which meant my being used as Talon’s personal punching bag.

By the looks of it, I was going to endure more.

Talon strode toward me, reached down, and lifted me to my feet in a way that wasn’t meant to be gentle.

With that lack of consideration, I slammed my fist into his face. My knuckles connected with his jaw, which sent his head whipping back. It really didn’t hurt either of us. Stung a bit, but being a Guardian came with a built in morphine drip. As Talon’s head resumed its proper position, I instantly realized what I had done. “Oh, shit,” I exhaled.

Not the smartest decision I’d ever made.

He slowly raised his gaze to mine with blood dipping off his lip. “You want to have a go then?”

The amusement on his face had me scoping out the nearest exit. I’m brave, but I ain’t stupid. He was about to buff the floor with my ass.

“I’m…” That was all that escaped my mouth before he pummeled me with the full force of his body. A breeze swept by as I soared across the Guardian’s hall wooden floor.

Before I even had the chance to stop sliding, Talon was on me. He began to strike with pure skill—throwing punches while I blocked and dodged each one. It was impossible to hit him back, his arms so friggin’ fast. He is the best Guardian in the Otherworld and I’m just a five-foot-five female Guardian. Maybe described as pretty with long and wavy, dirty blonde hair, hazel eyes that were always more green than brown, I always thought I was better described as plain.

I did have one thing that gave me a little edge—my Witch Magic. Most females would last a few minutes battling against Talon. The magic made me stronger, quicker, but apparently not nearly as strong as I needed to be to fight against him. The longer this went on, the more obvious it became that he had been taking it easy on me. Now, that rule no longer applied and pain was becoming my constant companion.

After a hard blow to my cheek, my entire body flew up in the air then landed with a loud bang against the floor. One of my not so great personality traits is my temper. I may have a little problem controlling it. I’d never admit that out loud, especially with Kyden within hearing range—and it just so happened that final blow hurt enough, my tolerance reached its limit.

What happens when my temper shows itself? My magic comes out and there was no stopping it now. Wind began to whip around me. My hair flew around my face as dust glittered through the air. The sword strapped to my back was thumping across my shoulder blade, my entirely too short armor kilt was lifting slightly to reveal the tight silver shorts, but thankfully, the matching armor bra was staying in place.

Talon immediately froze and gave me a speculative glare.

I was losing it. This couldn’t happen. If it did, my Guardian life would be over. This was the problem. My magic was intertwined with my anger. Whenever I’d get mad, the world would suffer because of it. Thus, why I needed to be tested this way. Talon wanted to be sure that if he sent me out on assignments again that I would in fact save humans instead of killing them with my unruly power.

Before it overpowered me, I quickly looked at Kyden. He had taken a step forward when my gaze met his. His expression was anxious, but strong. I heard every word he was trying to tell me. I had to calm down. He knew how much I wanted to return to assignments—needed to return.

Instantly, I closed my eyes and let the memories of the two of us fill my mind. Not until the heat burning through my blood and the wind coursing through the air settled, did I open them again.

“That’s it, Nexi,” Zia, the Master of Witches, praised by the sidelines. She was what

stars pay thousands of dollars to look like—strawberry blonde locks and all. But she was more than just a beautiful face—she was as close to a mother as I had here in the Otherworld. Well, a mother who looked just a few years older as did every supernatural—just an added perk about being an immortal. Once you hit thirty, you stop aging.

A scuffle on the floor drew my focus back. My gaze connected with Talon just as he lunged forward. I dodged his move with a quick spin then jumped to my feet. Reacting instantly, I slammed a fist hard into his back sending him straight to the ground. He flipped over, and his expression was about as amused as it comes.

The amusement here was clear—as if I stood a chance in hell of defeating Talon. I wasn’t really counting on it. It’s just I can’t get hit and do nothing. I do have my pride and all.

A split second passed then Talon showed me just how right my line of thinking was.

Pain blasted through me as he leveled me with the weight of his body, which only intensified when he sliced deep into my bicep, leaving my arm to all but dangle.

I staggered to my feet, not giving into the pain stealing my breath. Without a chance to recover, he smacked me in the face with the grip of his sword. I staggered again, forcing my feet to hold. I glanced at Kyden and he came running toward me. The world spun. Stars sparkled before my eyes. Then, darkness washed across my vision as I tumbled into a welcome deep slumber. 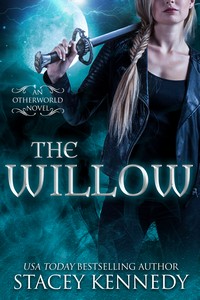 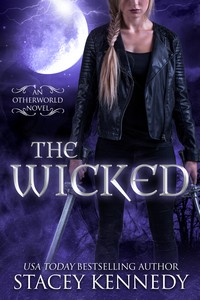 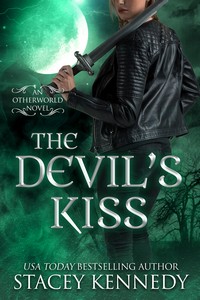 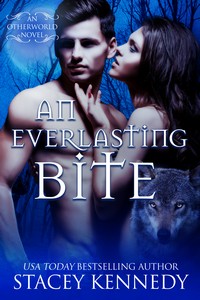 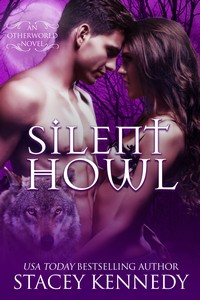 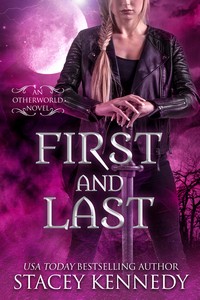 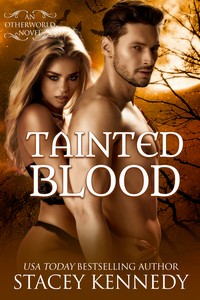 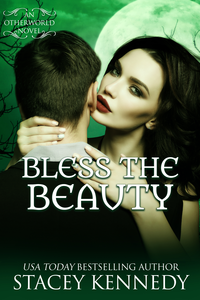