Three sisters risk it all to open a craft brewery, including their hearts to cowboys in these steamy contemporary romances.

The last thing Hayes Taylor needs in his life is a woman, especially his dead wife’s best friend, the sweet-as-pie Maisie Carter. But she’s always brought out his protective instincts, and he can hardly say ‘no’ when she asks for his help. As the two embark on the festival tour, beer filled days turn into lust filled nights, and neither Maisie nor Hayes can deny their growing attraction. But Hayes knows love leads to heartbreak…. Can Maisie show him that their love is worth the risk?

Clara Carter is the brains behind Three Chicks Brewery. She needs to get the brew in front of Colorado’s biggest beer distributor. Unfortunately, that becomes tricky when the man in charge of distribution is none other than Sullivan Kenne, the cowboy who ran out on her seven years ago. Reuniting with Clara and meeting his son is a shocking—and amazing—experience. But as much as Sullivan tries to return to his roots and be the stand-up cowboy of Clara’s dreams, the reality is that she’s having trouble trusting him. Luckily, Sullivan knows the way to Clara’s heart, and he’ll prove to her that a second chance with a cowboy is worth the risk.

Everyone at Three Chicks Brewery knows that Amelia Carter has the magic touch when it comes to creating the perfect beer. But when pressure mounts to create several new beers to promote Three Chicks Brewery, Amelia starts to fall apart, and Beckett swoops in with his gentle reassurances and hard work ethic. While the last thing Amelia wants is fall in love again, she can’t deny that her heart beats a little faster whenever she sees Beckett walk through the door. Soon, every warm caress and soft whisper of understanding becomes a balm to both of them. As Beckett makes his intentions clear, Amelia must decide if she can overcome her relationship fears and believe in the magic of true love again. 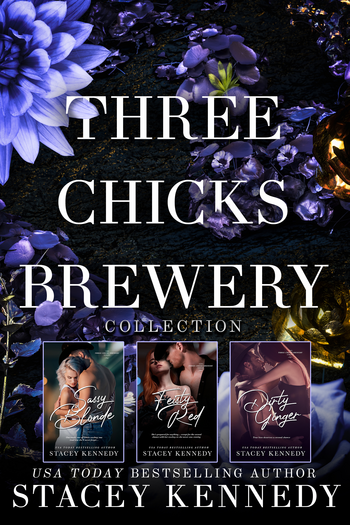