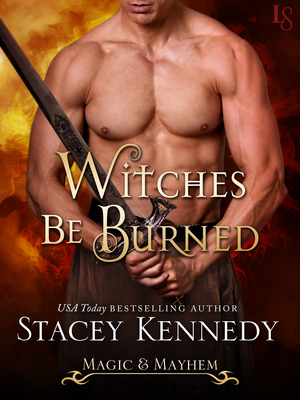 In Stacey Kennedy’s steamy paranormal romance novel, a rookie guardian sworn to combat the undead risks life and love in a world of violence, witchcraft, and seduction.

“An intriguing, exciting, and sexy adventure that lures you into its darkness and refuses to let go.”

Trained as an Elite Guardian and witch, Nexi Jones has lost her family and she’s hell-bent on making sure she doesn’t lose anyone else. At least she has Kyden, her smoldering hot partner who’s been there for her every step of the way. But just as Nexi thinks she’s done mourning, tragedy strikes the Otherworld when a fellow guardian is murdered by a group of rogue vampires. Drawn into their dangerous games, she and Kyden trek into the Earthworld to hunt down a killer—and Nexi alone will be put to the ultimate test.

Although Kyden knows that Nexi must fight her own battles, his guardian instincts are raging as he struggles to keep her close. The ruthlessness of these vampires is like nothing he’s ever seen. And at their helm is the black witch Astoria, a demon with one burning desire: to shed blood in the name of vengeance. What troubles Kyden even more, though, is the warlock lurking in the shadows. Let the devil do his worst . . . all Kyden can do is love and protect Nexi until his last breath.

“Witches Be Burned has everything I love in paranormal romance: scorching heat, dramatic world-building, heart-wrenching emotion, and sexy heroes!”

Hot irritation burned like a blast of Fire magic through Nexi as her feet connected with the grass below. She snapped her eyes open the split second the raw energy from the portal vanished. Dressed in her typical female guardian gear of a brown leather bra and kilt, with a scabbard across her shoulder that held her sword on her back, she nearly stepped forward but then noticed Haven approaching. Heady amusement nearly stole her irritation, but that emotion didn’t belong to her. It belonged to Haven.

More important, it belonged to their soul-bond.

A deep connection gifted these two witches belonging to the same coven. The link was a sensitive one, allowing for emotions to be shared, making them closer. Nexi often wondered if that’s why the bond existed—it made the ties to a coven that much tighter.

As Nexi caught sight of Haven’s smile, she grumbled, “This is so not funny.”

“Yeah, it kinda is.” The softness in her voice was just so Haven, as was the warmth in her stare. “I told Kyden he was dead for leaving you behind.”

“Dead is an understatement.” Nexi shook her head in pure frustration, gazing around the tree-lined street. When silence greeted her, she added, “You think he’d know better than to piss a woman off who carries a sword and damn well knows how to use it.”

Haven snorted a laugh. “Apparently not.”

Nexi sighed, cooling the irritation inside. Anger would get her nowhere with Kyden, and would only put him on alert. “That caveman needs to get some sense smacked into him.”

Haven gave a leveled look. “He’s just worried about you.”

“I get that—and appreciate it,” Nexi replied with a bit of bite. “But being worried and shielding me completely are two totally different things.”

Sadness reached Haven’s eyes, leaving Nexi wondering if her soul-sister agreed with Kyden. Maybe Haven wanted Nexi away from the danger as well. It’s not that Nexi didn’t understand why Kyden’s macho behavior had increased this past month, because, well, she did.

While Kyden had a typical upbringing in his supernatural life, Nexi’s life had more of a dramatic flair. Twenty-five years ago, the power-hungry vampire, Lazarus, wanted to return Earth to the time when vampires were hunters instead of feeding off bagged blood or willing humans. To do this, he killed Nexi’s birth mother, Tillie, for the power within her blood—a task only obtained by drinking a witch to death. A large portion, or even half, of a witch’s blood wouldn’t have any effect, but to drain a witch to her last breath resulted in a transfer of powers.

When the power wasn’t enough for him to succeed in his takeover of the Council to rule the Otherworld, he went into hiding to avoid being hunted by the Council for his crimes. It was at that time that Nexi’s birth father, Drake, sent her into the Earthworld to live among humans for protection.

Then Lazarus devised his plan to return for Nexi to steal her unique power.

He and his pack of werewolves almost killed Nexi and Kyden in the process.

Yet there was one thing Lazarus never counted on: Nexi.

He certainly didn’t see it coming when she ended his life—since her magic, as both guardian and witch, proved stronger than the vampire jacked up on Tillie’s magic.

She sighed at her thoughts and added to Haven, “I get that Kyden’s . . . sensitive . . . about it all, but he needs to stop protecting me.” Since that night with Lazarus, she hadn’t looked back. Of course, Kyden wasn’t seeing eye-to-eye with her on that point. With her witch magic now centered in soul, and with six months of guardian fighting behind her, she’d never been stronger—something that Kyden was choosing to ignore, and the reason why he hadn’t taken her out on an assignment yet.

Haven placed a comforting hand on Nexi’s arm and a dose of balmy love seeped into the bond. “Perhaps the problem is you’re both just guardians who want to protect what they feel is most important to them.”

Check out these other PARanormal romances 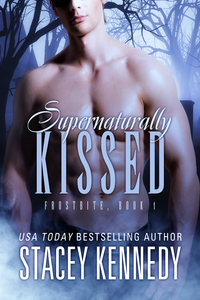 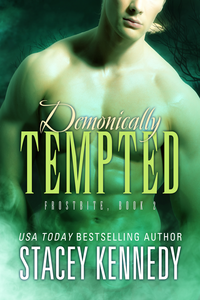 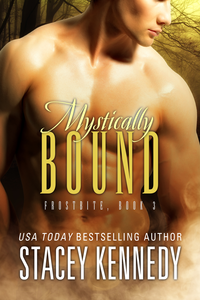